Using creative media as a platform to help disadvantaged groups...

Many individuals recovering from drug and alcohol addictions, ex-offenders and other vulnerable groups have become disadvantaged because of their lifestyle choices. iSore Media, operating throughout Birmingham and Solihull, aims to help such individuals achieve and sustain recovery through structured training sessions - helping them to learn to make films through the making of films.

We believe this helps recovering addicts and others to build their confidence, communication skills, interpersonal skills, technical and film making skills, sense of achievement, self-worth and self-esteem to encourage re-engagement with society. iSore Media not only aims to provide a route out of drug addiction through the provision of inspiring creative media projects and personal development in a supportive, understanding environment - but also will work to encourage participants to go out and volunteer, train, or try for jobs in the media industry.

Find out about our training courses

Here’s our video of all the goings on at this year’s DDN Magazine service user ‘Be The Change’ conference held at the National Motorcycle Museum.

Permalink for this page

isore in this month’s edition of DDN

After winning the film award at February’s ‘Together we stand’ conference we have been featured in the March edition of DDN Magazine. You can see the online version below and you’ll see the article is on page 19. 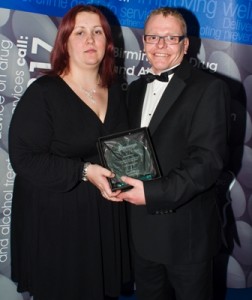 Permalink for this page